The official home of the Macarena: the song and dance that changed the media landscape.

Though the original version of the Macarena debuted in 1993, it was not until the english language release (or re-release) in 1995 that the song really took off. Within a year, the song would inspire a viral international dance craze and this was before social media even existed.  Though the song was named by VH1 as number 1 on their list of the Greatest One-hit Wonders,  the song was nonetheless prolific internationally. The song spent 14 straight weeks ranked number one on the billboard rankings. Only three other songs (Old Town Road, Despacito and One Sweet Day) have enjoyed a similar run at number one.

To watch the original version of the song, play the video below. Don’t forget to check out other great covers of the song (as well as flash mobs) that we have compiled at the bottom of this page.

Also if you’ve forgotten the Dance over the last twenty years, we’ve provided our favorite YouTube video that walks through the steps. It will come back to you in no time.

History of the Macarena

The Macarena instantly became one of the most famous dance songs in the world when the single was first released on August 15, 1995 by Los del Rio. Los del Río (meaning “Those from the River”) is a Spanish music duo composed of musicians Antonio Romero Monge and Rafael Ruíz. As a duo, Romero and Ruiz were a consistent act since the early 1960’s but, in the summer of 1996, they enjoyed the success of their multi-platinum smash summer hit, which sold over four million copies in the United States and spent a record 14 weeks at #1.

The song was recorded in 1992, and released in 1993 as a rumba. This was the first of six versions of the song that can be associated to Los Del Rio. During its heyday, the song was played frequently at athletic games, rallies, conventions, etc. In 1996, many believe a world record for group dancing was set, when a crowd of 50,000 people did the dance in Yankee Stadium in NYC. The song also broke records by remaining in the Hot 100 chart for 62 weeks. In 1997, the song had sold 11 million copies. However the popularity of the song and it’s international acclaim would wear off during the year and would remain dormant till the “2018 Macarena Challenge” took off again. As of 2020, the song still brings Romero and Ruiz royalties in excess of six figures every year. However the song is probably not what most people think of when they think of the song. Click here read about the dance and how to do it.

While the famous song and dance persist in the memories of many adults of all varieties, it’s popularity waned dramatically in the early 2000s. There was some interest when fans, now adults, realized that the song did not mean quite what they had thought it would. However outside of that realization in the early 2010s, the song’s cultural relevance continued to lie dormant until the emergence of social media platforms such as TikTok and Snapchat.

The song was officially resurrected thanks, in part, to what became known as “The Macarena Challenge.” Thanks to the emergence of TikTok, and some notable celebrities who rushed to join the trend, the viral phenomenon emerged in 2019. Videos of people demonstrating their own take on the dance can be found by searching the hashtag “#macarenachallenge” on virtually any video sharing social media site (including Twitter, of course).

Despite this short lived return to viral fame, flash mobs of the dance have emerged on almost every continent from the Americas to Europe.

Are we missing something?

Though the song was released over two decades ago, there seems to be nonstop news coming regarding cover songs, flash mobs, kids doing “The Macarena dance”, or really just their own “interpretation” of the dance. If you know of a flash mob or cover version of the song that we are unaware of, please feel free to reach out to us here or on social media and we will add the content or correction necessary.

If you’d like to have a video of you, your child, your dog, a friend, or even an alien that’s crash landed doing the Macarena we’d love to feature the video on our site and social media channels!

In order for us to feature your video or cover version of the Macarena on the site, you must have either full ownership of the video or written permission to disseminate. As a general rule, we will not post any content that is either needlessly provocative or borders on inappropriate for younger audiences. Other than that, there are no rules!

Finally, in case it need be said, we have no official affiliation with Los Del Río or the song writers Rafael Ruiz Perdigones and Antonio Romero Mong. We are simply fans of the song and dance and want to ensure the song’s lasting legacy is well safeguarded. 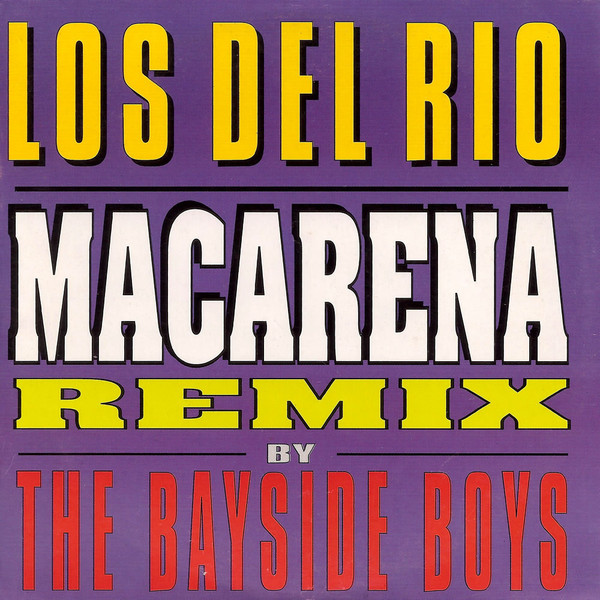 Lyrics to the Macarena